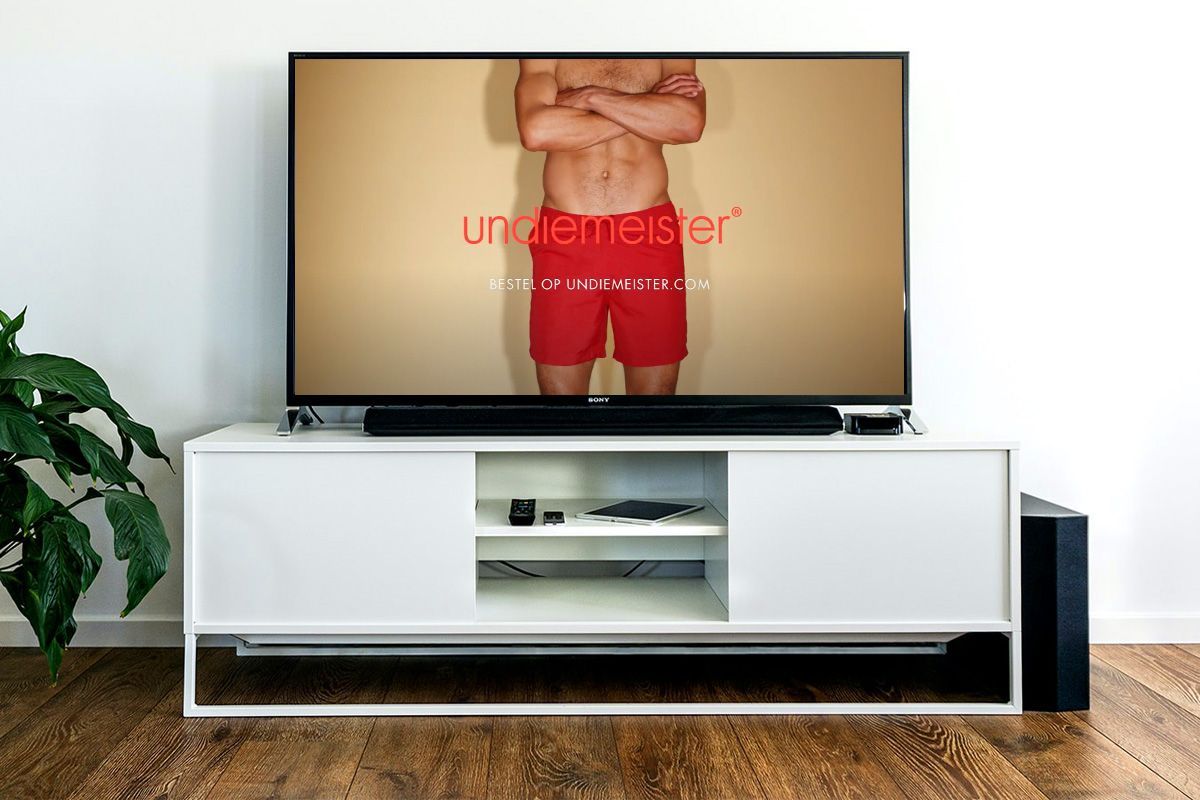 Do you remember how Undiemeister® first appeared on television? That was over two years ago, with an ad kicking up a little dust. Because suddenly men in threadbare underpants in weird colours and designs popped up on the screen. Then out came “the” Undiemeister®, to show us another way. The ad was met with quite a bit of response. Plenty of positive ones, thank goodness, but also responses from people who thought that the male models in the tattered underwear were made to look ridiculous. While those were all models, they understood the intention behind the ad, and they had a lot of fun during the shoot. There were no objections from them, not even when the ad was broadcast.

At some point it's time for a new ad, because at that stage everyone is pretty much familiar with it. The novelty has worn off. That means we needed to have a good think because more of the same isn't exactly innovative. So we decided to change our approach, through stories. The moral of these stories came down to it being a good idea for men to wear good-fitting and beautiful underwear because you never know when it will come in handy. Like “boy meets girl”, where two people meet, fall in love and get stripped down to their underwear in no time. It's just that his underwear is rather tattered and out of fashion. And, I'm sure you've guessed it, the Undiemeister® appears showing how it could be done better. There are two more stories featuring men who suddenly find themselves in their underwear.

And we had some new items in store, like our swimming trunks. So we also wanted to introduce them in an original way. In a way that stands out. And conclude showing the different colours in which the items are available. And with our latest TV ad we have somewhat reverted to the style of our first ad. Calm, plain backgrounds and a focus on our products.

Three ads with the same message: with Undiemeister® you are choosing premium essentials