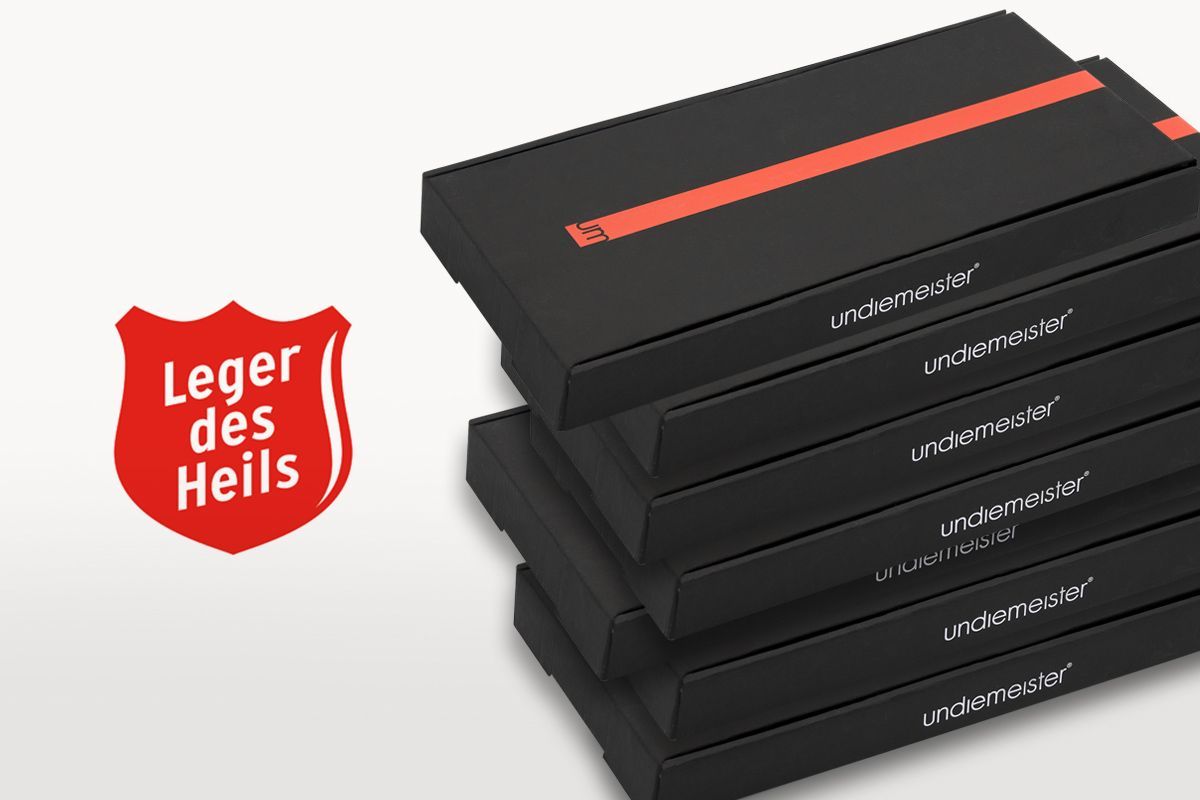 Thousands of socks delivered to the Salvation Army

Undiemeister® has offered its customers an alternative to Black Friday in both campaigns, the boxer shorts campaign in 2020 and the socks campaign in 2021. Instead of giving high discounts, the focus was on donating to others instead of trying to score as much discount as possible for yourself. And it worked, because thousands of customers wanted Undiemeister® to donate a pair of socks for the Salvation Army with every order. 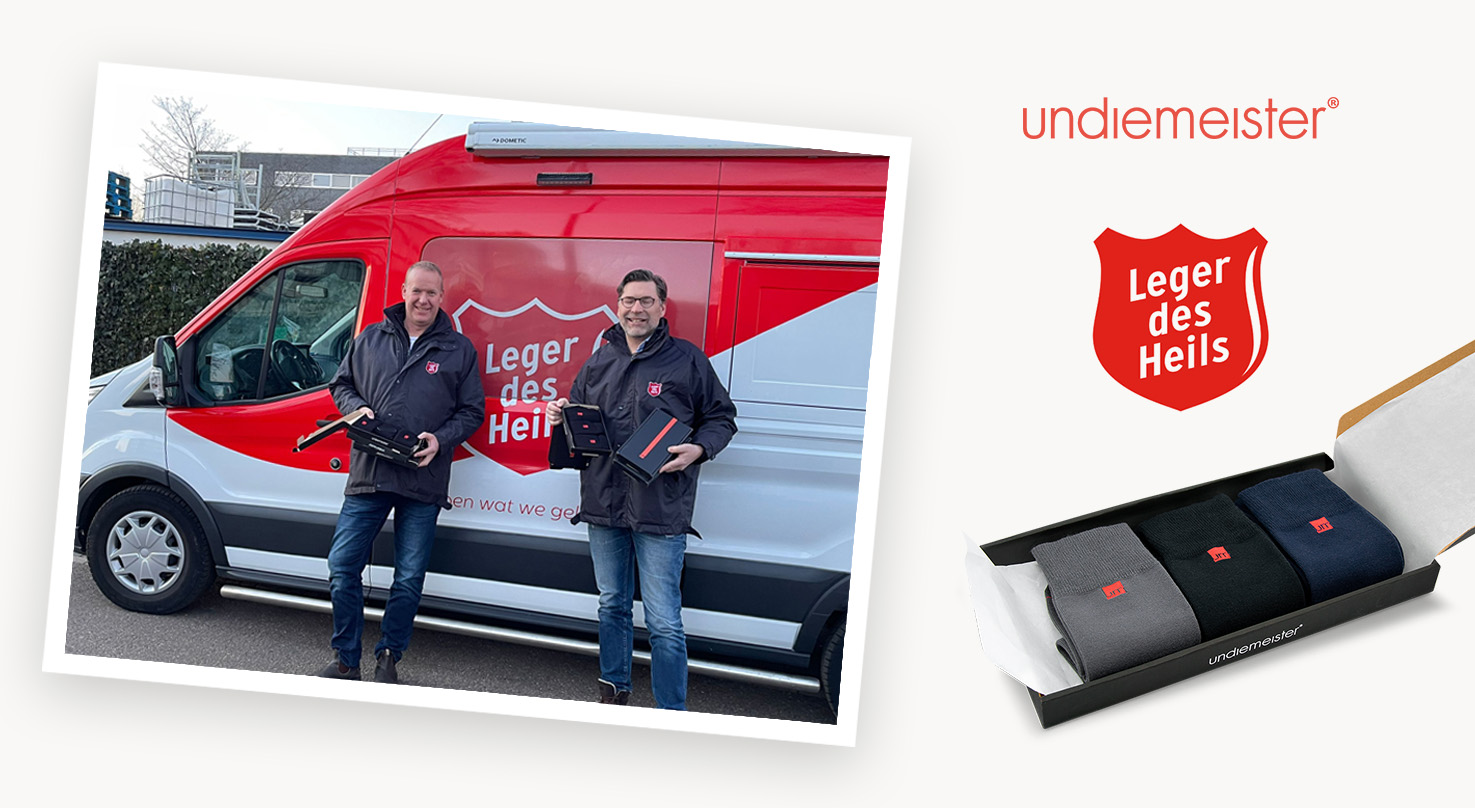 Distributing to the Salvation Army

So, exactly as planned, we were able to make a large donation of socks. The Salvation Army received the shipments with thousands of pairs of socks, which will be distributed to the homeless. And clean socks in particular, just like underwear, are extremely important for hygiene. And hygiene has always been a major challenge for those living on the streets. The Undiemeister® socks were therefore welcomed with a big smile by the officers of The Army, who couldn't wait to distribute the socks among the many homeless people.

Mission accomplished: it gave us at Undiemeister® and our customers a good feeling and clean socks for those who need it most.

Undiemeister® would like to thanks all customers who contributed to this great success!