per page
Sort By

A tribal battle can be about anything. The most trivial topics can start a feud between groups, and after many years no one will remember what the dispute was actually about. But apparently that no longer matters, because the watershed will be a fact and all kinds of other, often trivial, issues are brought in as arguments to sustain the reasons for animosity. And if those arguments are not exactly convincing, because they have little to do with the main argument, in the end, both sides will hold on to their ideas on principle. And well, "connection" will be a difficult task after that. That's just not going to happen.

We're sure you're wondering in what way the above has anything to do with T-shirts. Well, more than you think. Because men also seem to be split into two groups, or rather three, when it comes to T-shirt necklines. Forget about sleeve length, back length, slim fit, regular fit, or anything else you can think of to describe the fit of a T-shirt. All of that is nothing compared to the personal preferences about the neckline of T-shirts. 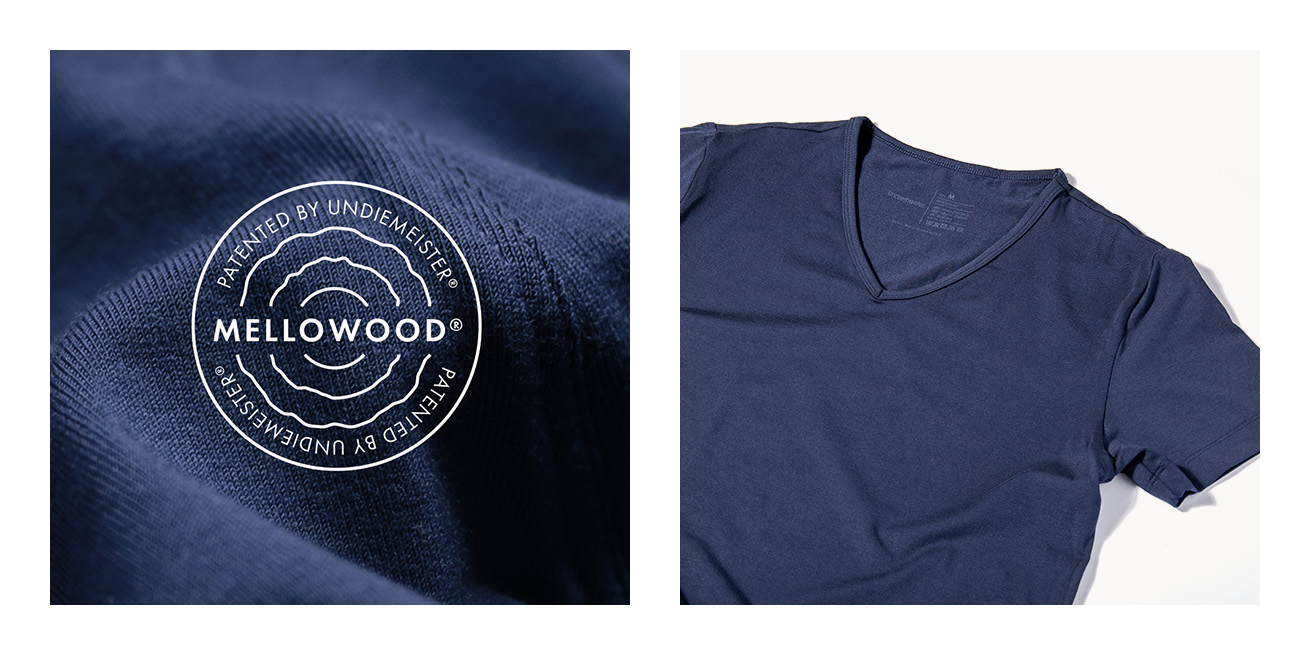 You would think the standard V-neck T-shirt came first. That much becomes clear when we look at the history books, or does it? Nope, it doesn't. It seems that in Napoleon's day, all men wore deep V-neck T-shirts. And with buttons even. Those V-neck T-shirts fell out of vogue during the French Revolution, when the fashion of wearing long coats, knee-length trousers with white stockings, and shiny shoes with large buckles on it came to an end.

Because that costume was associated with the nobility, and as you know everyone with a fancy title, at least almost everyone, ended up with their neck on the Guillotine. So you'd have to watch what you wear! It was probably during these tumultuous times that the deep V-neck T-shirt also remained in the wardrobe for the sake of safety.

Fast forward to the twenty-first century. The regular T-shirt with V-neck became fashionable again and can now be worn without risking your life. Because people are forgetful, the wheel was reinvented. Tentatively, of course. These 'new' ideas must be approached with care. And so the standard V-neck T-shirt was born.

And as is the case in a changing society, other requirements had to be met and so, eventually, the men's T-shirt with deep V-neck was also invented. And that was that. But don't try to get a man who doesn't know anything other than a regular V-neck T-shirt to put on a T-shirt with a deep V-neck. That's just not going to happen. As if the animosity towards the nobility is still very much alive.

Principles or not, we respect every choice. That is why Undiemeister had both the standard V-neck T-shirts and the T-shirts with deep V-neck made of the fantastic Mellowood. We really don't mind what V-neck T-shirt you prefer, everyone is welcome!